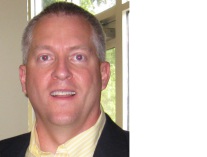 Dr. Trey Kuhne is an ordained Presbyterian (USA) Minister, a pastoral counselor, a Clinical Logotherapist, and a SC Licensed Marriage and Family Therapist. Dr. Kuhne serves as the clinical therapist of Pathways Pastoral Counseling in Spartanburg, South Carolina.  Dr. Kuhne has previously served as pastor of four congregations in South Carolina and three years as an oncology chaplain in Greenville, South Carolina, before he transitioned into a fulltime career as a pastoral marriage and family therapist in private practice. His practice utilizes a model of Structural Family Therapy with Logotherapy, an existential philosophy of discovering meaning in life. His specialties include individual, couple, and family counseling, counseling those with chronic medical conditions, along with those searching for meaning in their lives. Dr. Kuhne is a graduate of Presbyterian College (B.S. 1987), Erskine Theological Seminary (M.Div. 1990), and earned a Certificate of Advanced Studies from Columbia Theological Seminary (C.A.S./ABD 1995). In 1997, Dr. Kuhne completed his PhD in Ministry. He graduated from Converse College (Ed.S. 2003), and subsequently completed a one-year Residency at Westgate Training and Consultation Network. In 2005, he became a Licensed Marriage and Family Therapist in South Carolina. He furthered his professional graduate studies beginning in 2009 at the Graduate Theological Foundation where he earned the Doctor of Psychology in Logotherapy (Psy.D. 2012). He also completed his Diplomate in Logotherapy from the Viktor Frankl Institute of Logotherapy (Abilene, Texas) in 2012. Dr. Kuhne is a Clinical Fellow with the American Association of Marriage and Family Therapy (AAMFT) and holds memberships with the American Association of Christian Counselors, and the Viktor Frankl Institute of Logotherapy. Dr. Kuhne has continued education with certificates in Addiction Informed Mental Health Professional and Dialectical Behavioral Therapy.

Dr. Kuhne loves to road cycle with his wife and those in the upstate, go boating, occassional fishing, and is an avid Xbox gamer.

Dr. Kuhne is a 2 time cancer survivor having been diagnosed with testicular cancer in 2008. The cancer returned in 2014 and he underwent an extensive 9 week chemotherapy program. "Life has meaning in all curcumstances, especially in those circumstances that seem challenging, difficult, and nearly impossible. With the defiant power of the human and heavenly spirit, nothing can take away the power to choose your attitude in how you will respond to life."